Native American Indian Heritage Month is a great way to explore what you can do to learn more about your local native communities and celebrate the many contributions of Indigenous people. Undoubtedly, when we reflect upon the history of Native, First Nations, and Indigenous people around the world, there needs to be more than a month dedicated to the rich culture, traditions, and history indigenous groups had to endure.

The first settlers of the land that is now Pierce County were the ancestors of today's Nisqually, Puyallup, Squaxin, Suquamish, Steilacoom, Coast Salish, and Muckleshoot tribes. These tribes settled the area many thousands of years ago, where the saltwater, lakes and rivers made for an abundant selection of food.

To help celebrate Native American Indian Heritage Month, we invite you to explore the resources below to learn more about the people who comprise our first nation, their history, causes and to support their future as an ally.

Learn more about where you live by visiting Native Land Digital. This support-driven resource and organization strives to create and foster conversations about the history of colonialism, Indigenous ways of knowing, and settler-Indigenous relations, through educational resources such as its popular map and Territory Acknowledgement Guide.

Under the project is the understanding that land is sacred, and it is not easy to draw lines that divide it up into chunks that delineate who “owns” different parts of land because land it not to be exploited and “owned”, but something to be honored and treasured.

Once you’ve spent some time acknowledging the territory or territories you reside within in, spend more learning about the tribes themselves, follow them online and learn how you may be able to be an ally, lend support, and further causes important to Indigenous and Native American communities.

The staff members of First Nations Development Institute compiled a list of what they consider to be essential reading for anyone interested in the Native American experience. Books included on the list cover off on a variety of topics, including history, culture, poetry, novels and youth literature.

In addition to this list, we recommend the following books to help celebrate the month and learn more about Indigenous experiences.

Braiding Sweetgrass: Indigenous Wisdom, Scientific Knowledge and the Teaching of Plants by Robin Wall Kimmerer. Drawing on her life as an indigenous scientist, and as a woman, Kimmerer shows how other living beings--asters and goldenrod, strawberries and squash, salamanders, algae, and sweetgrass--offer us gifts and lessons, even if we've forgotten how to hear their voices. In reflections that range from the creation of Turtle Island to the forces that threaten its flourishing today, she circles toward a central argument: that the awakening of ecological consciousness requires the acknowledgment and celebration of our reciprocal relationship with the rest of the living world.

The Only Good Indians by Stephen Graham Jones. From New York Times bestselling author Stephen Graham Jones comes a novel that is equal parts psychological horror and cutting social commentary on identity politics and the American Indian experience. It follows the lives of four American Indian men and their families, all haunted by a disturbing, deadly event that took place in their youth. Years later, they find themselves tracked by an entity bent on revenge, totally helpless as the culture and traditions they left behind catch up to them in a violent, vengeful way.

An Indigenous People’s History of the United States by Roxanne Dunbar-Ortiz. Today in the United States, there are more than five hundred federally recognized Indigenous nations comprising nearly three million people, descendants of the fifteen million Native people who once inhabited this land. The centuries-long genocidal program of the US settler-colonial regimen has largely been omitted from history. Now, for the first time, acclaimed historian and activist Roxanne Dunbar-Ortiz offers a history of the United States told from the perspective of Indigenous peoples and reveals how Native Americans, for centuries, actively resisted expansion of the US empire.

Everything You Wanted to Know About Indians But Were Afraid to Ask by Anton Truer. What have you always wanted to know about Indians? Do you think you should already know the answers—or suspect that your questions may be offensive? In matter-of-fact responses to over 120 questions, both thoughtful and outrageous, modern and historical, Ojibwe scholar and cultural preservationist Anton Treuer gives a frank, funny, and sometimes personal tour of what's up with Indians, anyway.

If you’d prefer to stream versus read, we recommend watching the full-length documentary GATHER, co-produced by First Nations, on Netflix. The film is an intimate portrait of the growing movement among Native Americans to invest in their well-being by reclaiming their identities through food sovereignty.

Another option in becoming an ally is to educate yourself about the current events that Indigenous activists currently battle. There are so many amazing people who use their social network to educate and inform others. Here are seven accounts we think you will find informative, inspiring and engaging. 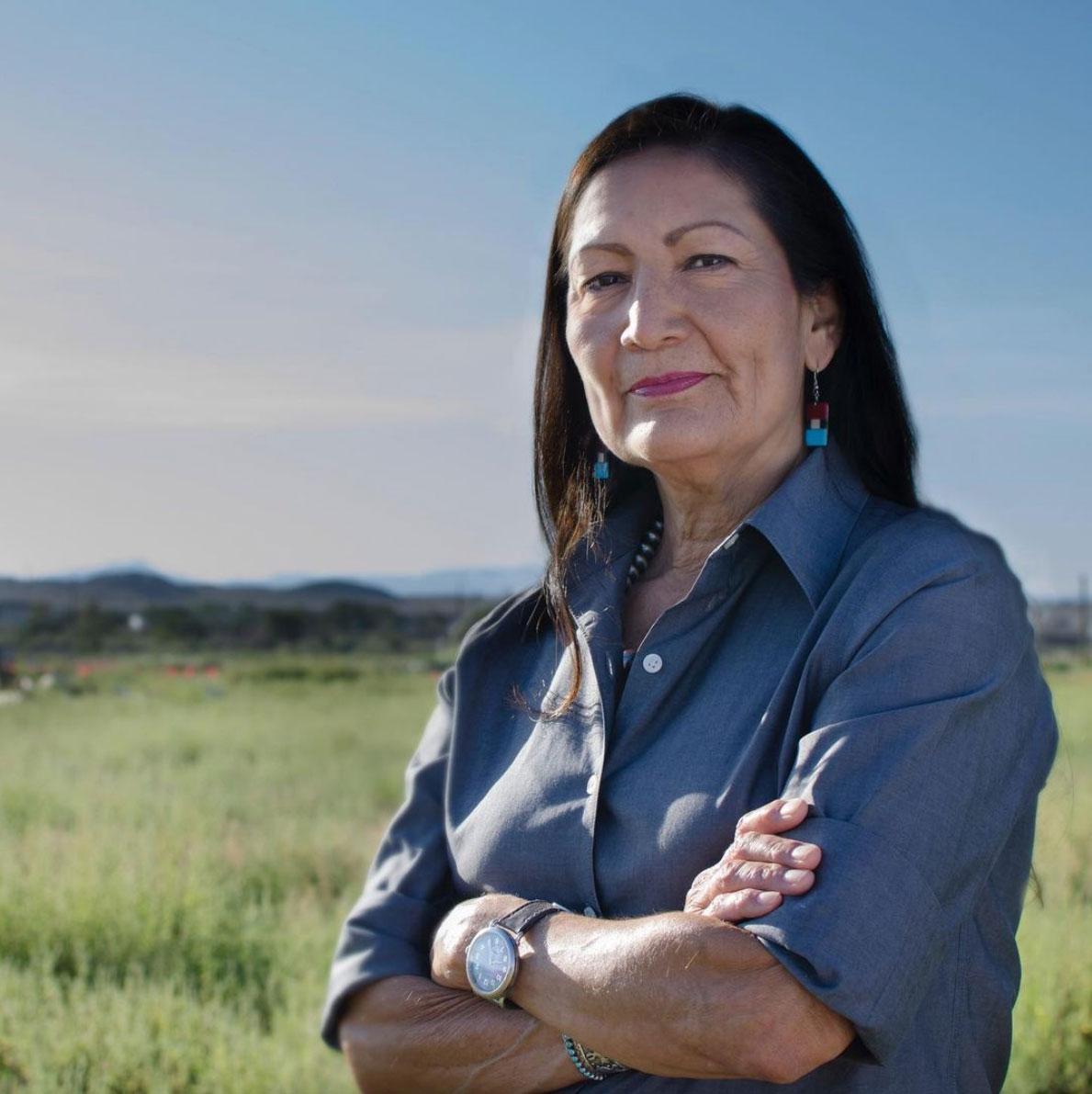 Deb Haaland is the United States secretary of the interior. She previously was elected to serve as the U.S. representative for New Mexico's 1st congressional district from 2019 to 2021. She is an enrolled member of the Laguna Pueblo. The Pueblo people have lived on the land that is now the state of New Mexico since the 1200s and Haaland identifies herself as a 35th-generation New Mexican. She advocates for other women, women of color and other Native women, to run for office. 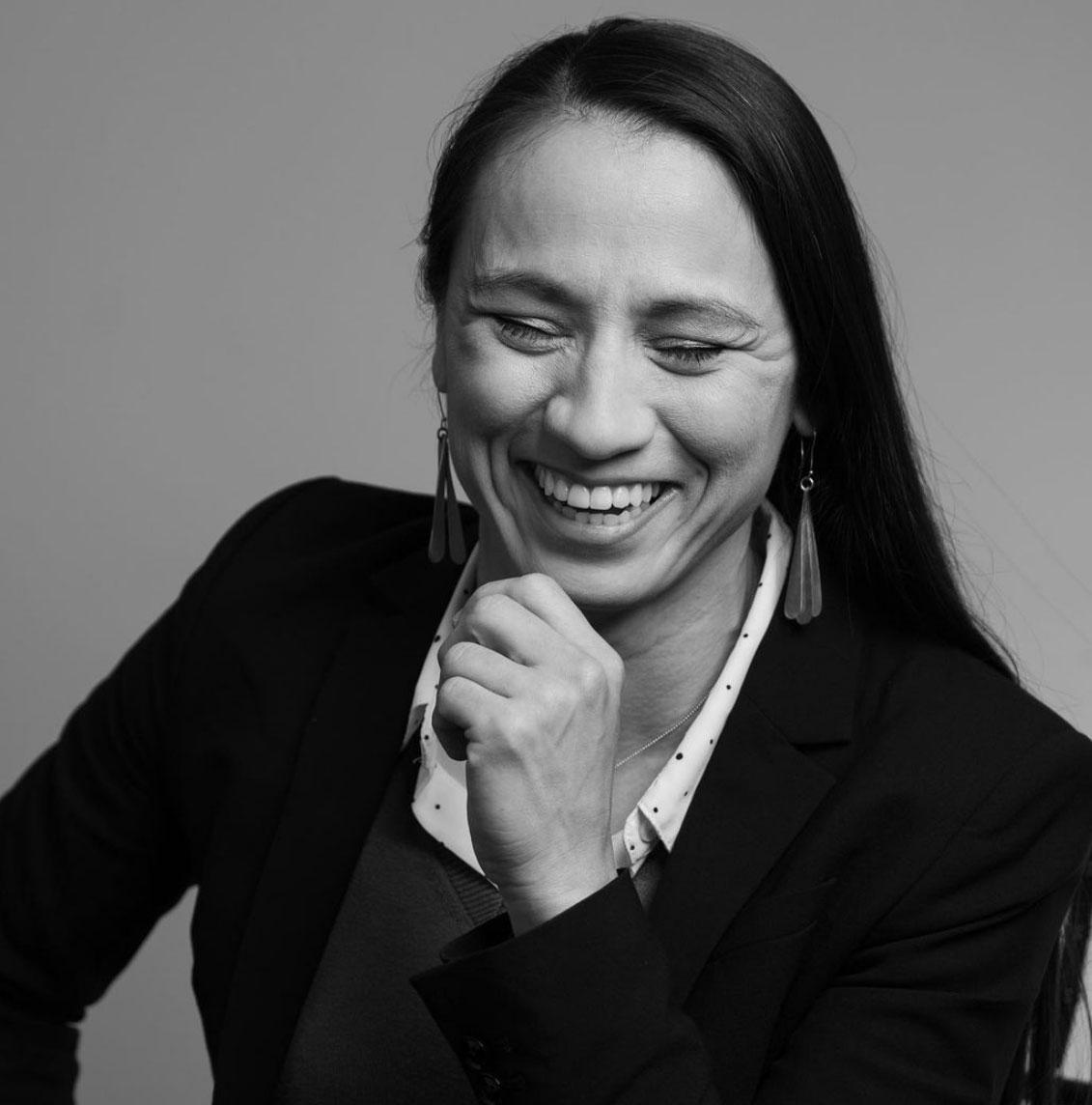 Representative Sharice Davids is a groundbreaking woman—she’s the first openly LGBTQ member of Congress for Kansas, and one of the first two Native American women elected to Congress. Follow the Wisconsin’s Ho-Chunk Nation member’s Instagram account to see the work she’s doing, from homelessness to climate change. 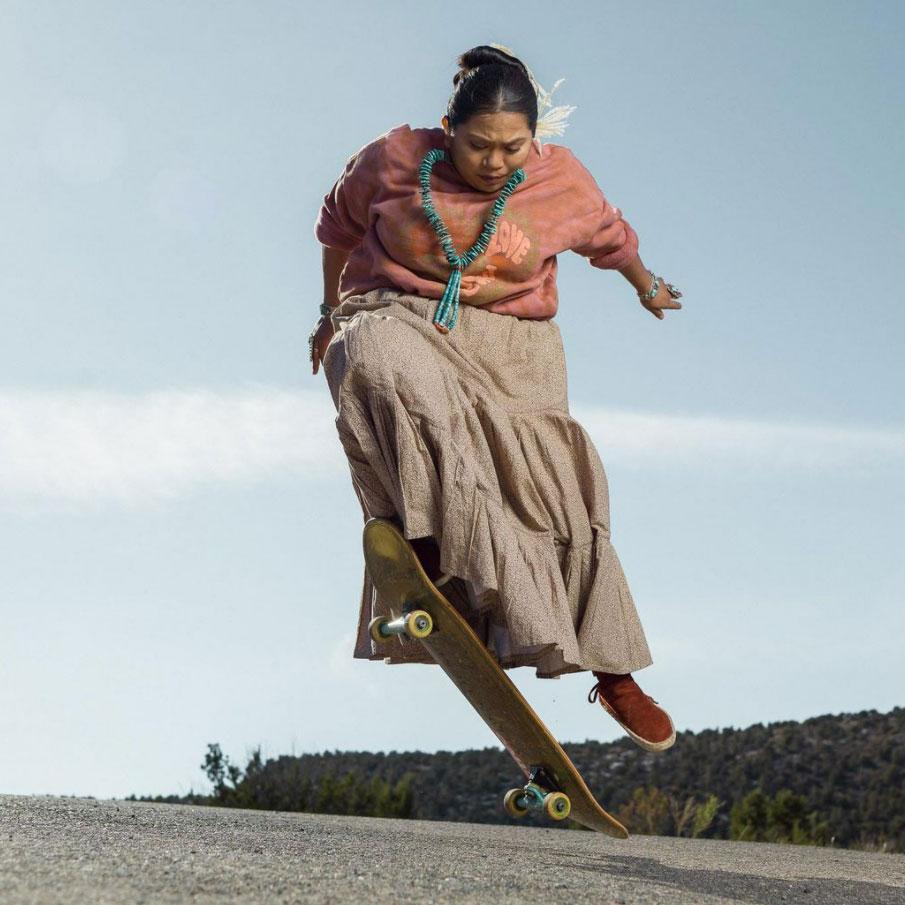 Tomás Karmelo Amaya, born for the A:shiwi, Rarámuri, and Yoeme tribes, is a creative director, film director, writer and visual artist born, raised, and currently based in the traditional homelands of The O’odham in Phoenix, AZ. His work focuses on creating opportunities for healing by embracing Indigenous teachings and knowledge systems in his expressions and collaborations. Raised by traditional healers, story tellers, and innovators he views the world through a trauma-informed lens in a process he describes as creating visual medicine. 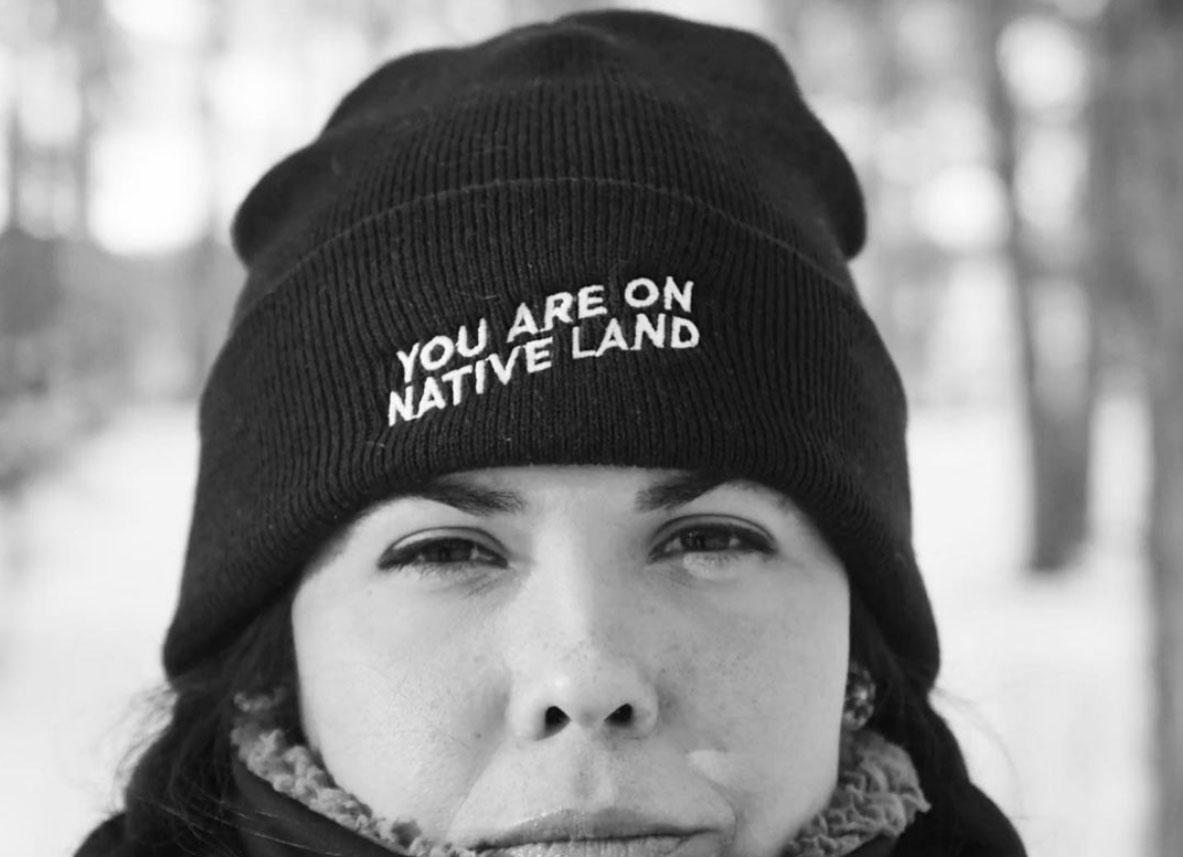 Tara Houska was listed as a Change Maker by National Geographic, alongside Oprah Winfrey and the co-creator of #BlackLivesMatter, Alicia Garza. Her feed hops from a demonstration in Minneapolis to a protest against the pipeline in Alberta’s tar sands. In her own words: “Storytelling moves hearts and minds. I thought about who is telling the story of climate, and the critical missteps of sporadically including and romanticizing indigenous wisdom.” 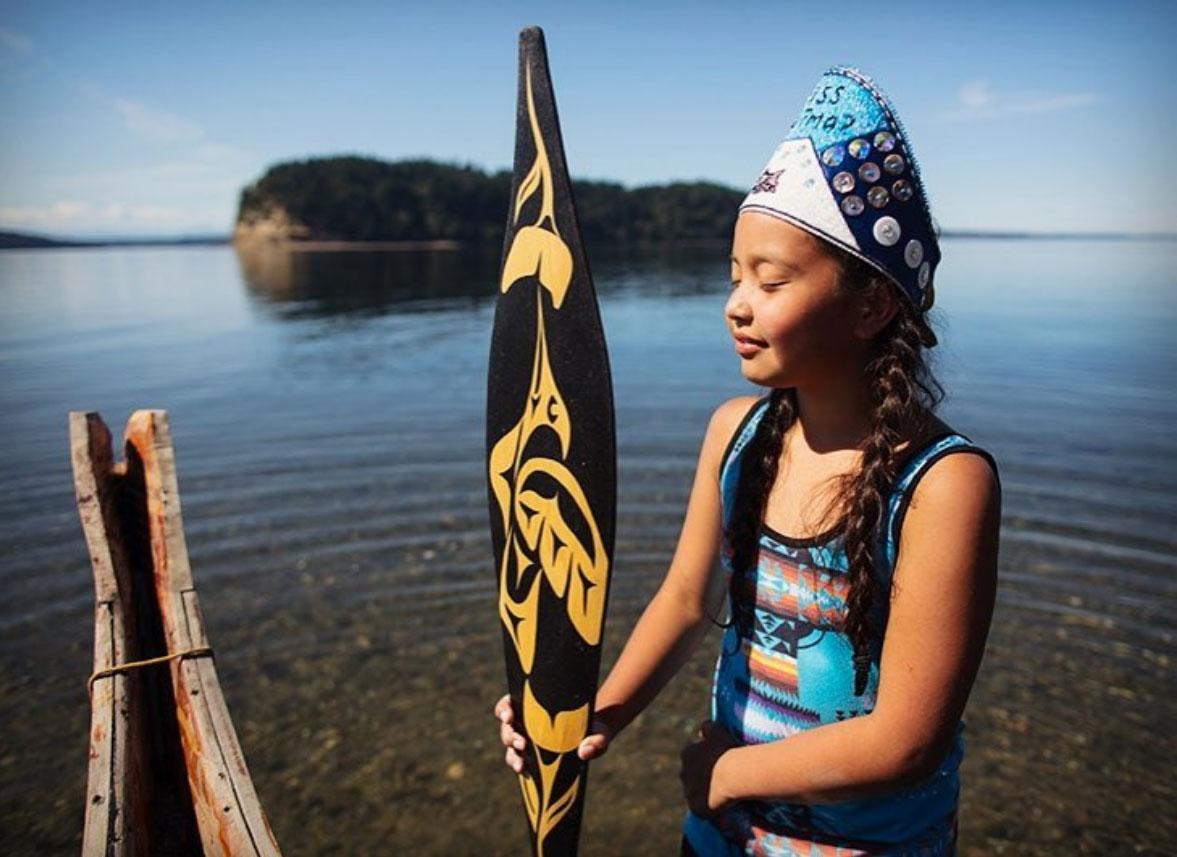 Matika Wilbur is a member of Swinomish and Tulalip tribes in Washington State and was raised in a family of fishermen. As a photographer, Wilbur worked in education and experienced the lack of resources to teach indigenous knowledge to Native youths. 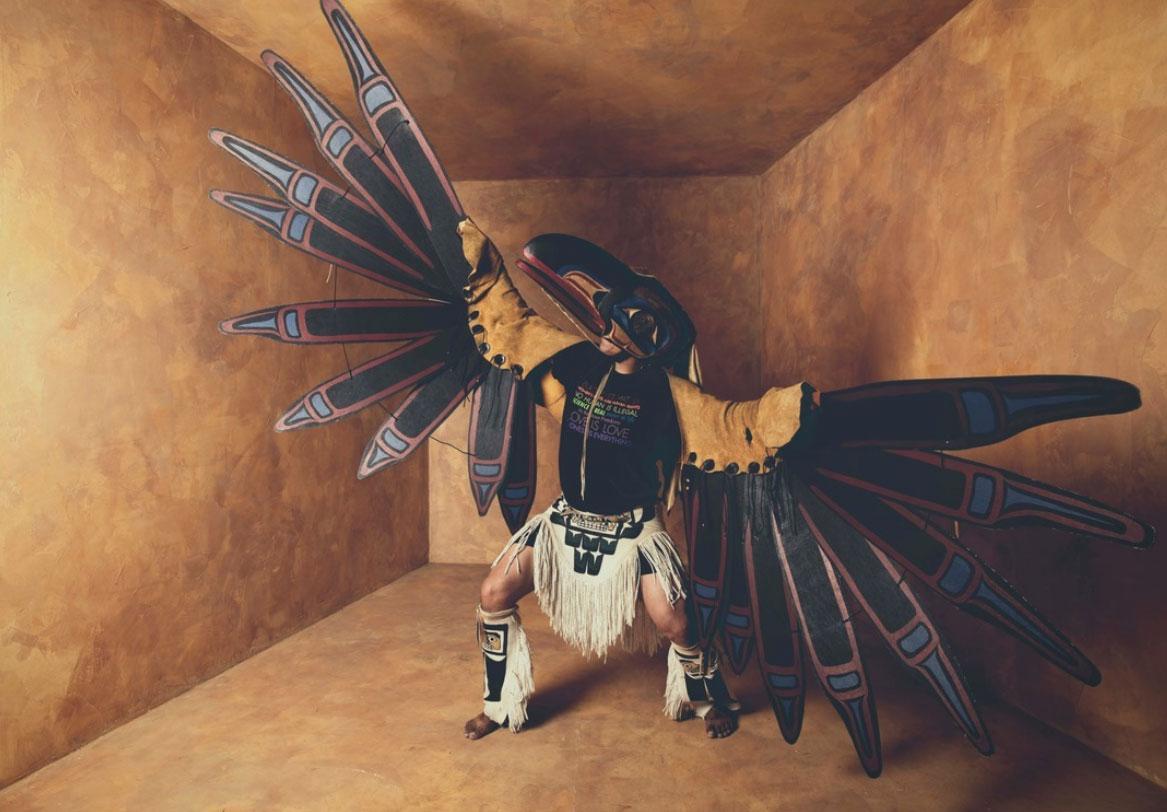 Her photography projects are dedicated to these kinds of issues she has experienced throughout her life. Project 562 gives homage to over 562 indigenous nations in an effort to provide positive imagery to Native youths and community members.